Rise and shine gorgeous people - It's time to write persuasively!

You are a scientist at the Hammond Creation Labs on the Jurassic World island - to begin imagining what your role in the creation of dinosaurs would be like, please watch this short video that was made to advertise the labs to tourists who may wish to visit. 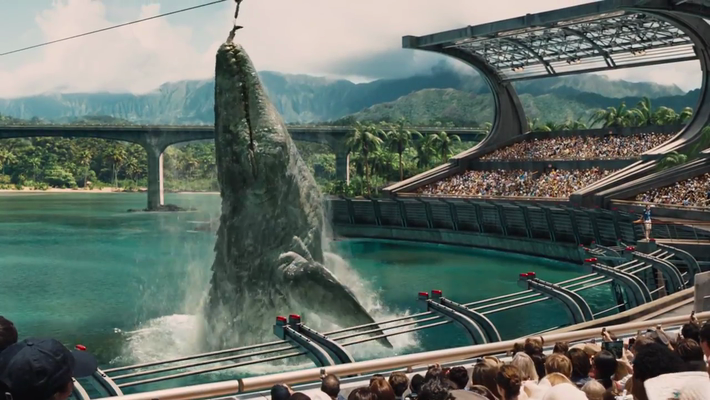 You have come up with an idea for a new dinosaur, but you need support (and money) from Mr Masrani before you can go ahead and make it. You need to PERSUADE him!

Whether its tiny, pink and totally cute or huge, evil and with more teeth than a family of angry T- Rexs - it's up to you! You just need to ensure that your fictional dinosaur has lots of features to use in your persuasive letter. You will also need to have reasons why people would be interested to visit or buy one of them during their stay at Jurassic world.

Mr Masrani is a very clever man; he isn't impressed by rhetoric and puts his faith in facts and in statistics. You need to come up with some statistics to use as reasons to back up your persuasive argument to have your dinosaur made.

You have shared your ideas with a focus group to get their opinions on your idea. 7/10 thought that, overall, it was a good idea. 3/10 said that they would actually visit Jurassic World just to see or buy your dinosaur. You can use these two statistics (or create your own) to help persuade Mr Khan that your dinosaur is worth investing in.

Here are some persuasive sentence openers. See if you can use some of them to begin

persuasive sentences about your new dinosaur.

Below are some tasks requiring you to order different dinosaur lengths. Mild = Section A and B Spicy = Section B and C and Mouth on Fire = Section C and D. Which are you going to challenge yourself to tackle? Remember, every day you should also be completing at least 20 minutes of TTRS. 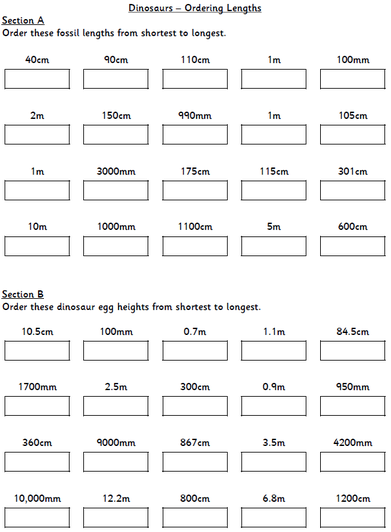 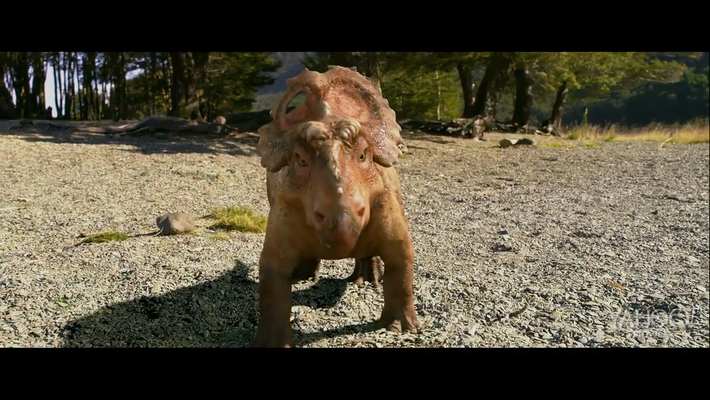 “There has been an exciting discovery! Last night Chris was digging up the sensory garden to plant some new flower bulbs for summer when his spade hit something hard. Thinking it was a large rock, he began to clear away the soil. The rock seemed very odd… It was long and thin and on the top edge there was a row of strange, pointy, cone shapes. Chris moved more soil and saw more pointed shapes running in a line along the edge of the long thin rock.”

When I asked Chris about his discovery he shared “There were pointed shapes running in a line along the edge of a long thin rock.” He then sent me a photo we both thought it looked like a set of teeth!

“Chris didn’t stop there… He kept on digging and found more strange rocks of all shapes and sizes! There was a massive skull with a blunt nose and large round eye sockets. The jaws were filled with dozens of sharp pointed teeth. The skeleton’s pelvis was in the middle of its body with the head, ribcage and two short forelimbs on one side being balanced by a huge, tapering tail on the other. Below the pelvis were two long limbs with large bones and three toes. Your job for the rest of the week is to act as dinosaur detectives and find out all about our school dinosaur.

Today your challenge is to complete the first of the four tasks so you can answer the first big question.